On a recent Saturday afternoon, I gathered a bunch of my pizza loving friends and we headed over to New Jersey to try some of the state’s most talked about pizza places. Despite it’s proximity to New York City, I’ve spent very little time eating pizza in New Jersey. In fact, until now the only …

Summary : This New Jersey institution has been around for more than 100 years. And they are still cranking out some of the most delicious pies in the state.

On a recent Saturday afternoon, I gathered a bunch of my pizza loving friends and we headed over to New Jersey to try some of the state’s most talked about pizza places. Despite it’s proximity to New York City, I’ve spent very little time eating pizza in New Jersey. In fact, until now the only New Jersey pizza place I’d written about on this site was Nomad Pizza Company in Hopewell. The idea behind this outing was to hit up not only some of the classic pizza places, but a few of the newcomers to the New Jersey pizza scene too.

Our first stop on the trip was Santillo’s (639 South Broad Street) in Elizabeth, which has been churning out pies from their brick oven since the early 1900s. The oven itself — which is 20 feet deep — is older than Santillo’s. It was built in 1904 and has since been reconfigured from a coal oven to a gas oven. Upon entering Santillo’s, our group was greeted by the owner — Al Santillo. The place is tiny and all pies are made for takeout only. Thus, there’s only a few square feet of space to maneuver as you look over their anomalous menu. What’s so special about it? Well most of the pies are named after the year in which they were conceived; an explanation accompanies each name. 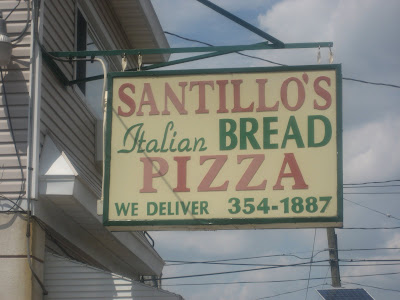 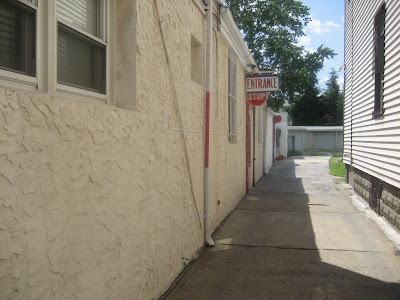 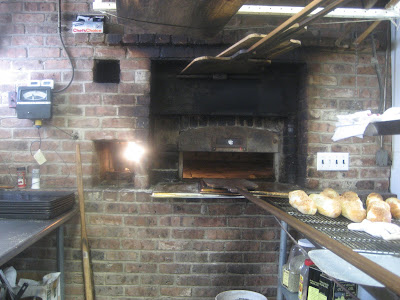 You could, for example, order a 1940 Genuine Tomato Pie (which is essentially a cheese-less marinara pie) or a 1957 Style Pizza (which is an extra thin 14 inch round pie). Heeding to Al’s advice we decided on the 1964 Style 16″ (which has “a little olive oil & little parmesan on top of mozzarella”). What I love about the pie names is the fact that they pay homage to the shop’s rich history. Yet although they’ve been around for decades, Santillo’s is riding a wave of recent accolades which have garnered a new found appreciation for this classic place.

Alan Richman wrote a piece about Santillo’s in GQ Magazine earlier this year. And a quote at the top of the menu reads: “Might Be The Best Pizza In NJ” – New Jersey Monthly Feb. 2010. Al, who was familiar with I Dream Of Pizza (even referring to specific postings), seemed intrigued by all the press the place has been getting recently.

The pizza itself was delicious. It was enjoyed in the trunk of our car, as the only other option for eating it on site would have been to pull up some pavement in the alleyway leading up to the entrance. Although some members of our group pointed to the excessive amount of olive oil on the pie, I thought the consistency of it was one of it’s best features. The pie was crispy and held together well. No ingredient overwhelmed another and the sauce was the best I had all day. The crust was charred just to my liking, and the cornmeal on the bottom of the crust was a nice added touch. Pepper flakes gave the slices an extra kick. Of course being in New Jersey meant not only drooling over New Jersey pizza, but also New Jersey prices. The pie cost $15.00. 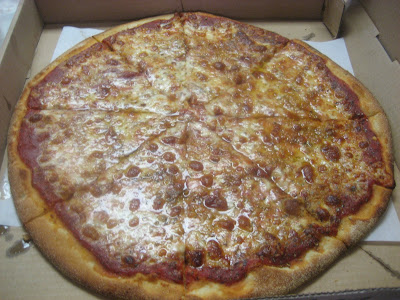 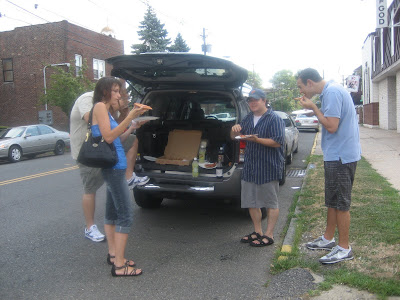 Although Santillo’s could benefit from a few benches, there is not much I’d change about the pizza. I’d love to return to try their Sicilian pies, breads, and other offerings. It would be fun to compare pies which were conceived during different eras and see whether the differences are subtle or more pronounced. The 1959 style is “thick and saucy” while the 1960 style boasts “less cheese, more sauce.” Blind taste test, anyone?

Al seems to know a thing or two about what he’s doing back there. It would be really cool if Santillo’s added a 2011 or 2012 pie to the menu. The 1990 style pie is the most recent one named after a year. When the time is right, I’d love to see a new pie added to the menu that will undoubtedly become a classic for future generations.

Previous: The Renaissance of Pizza Franchising
Next: Plum Pizzeria and Bar Revealed