Last month, a little counter shop in Midwood, Brooklyn opened its doors. If you didn’t know the history behind it, you might just think it was another run of mill sandwich and pasta shop. But it’s not. It is owned an operated by the DeMarco family of Di Fara fame.

You see, many years ago Di Fara used to serve much more than just pizza. In fact, this photo from Slice’s Adam Kuban shows that some 35 varieties of pasta and other entrees were available. But those items were nixed from the menu in the mid-aughts so that Dom DeMarco could focus his efforts on pizza. His daughter Maggie, who manages and runs the Di Fara operations, put in an outstanding request with their landlord: if the space around the corner ever became vacant they wanted dibs on it.

That finally happened earlier this year and the DeMarco family has used the space to bring back some old menu items. Available are six heroes, six pastas, three salads, four desserts, and an assortment of appetizers and entrees including chicken parm.

I was out at Di Fara for pizza purposes last month, so didn’t have an opportunity to try anything at MD Kitchen. Early Yelp reviews are encouraging.

Here is your first look at the take out only spot. 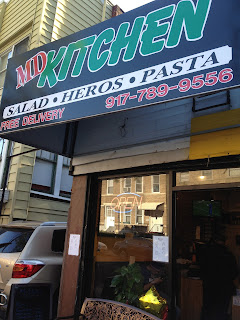 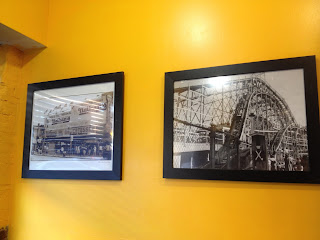 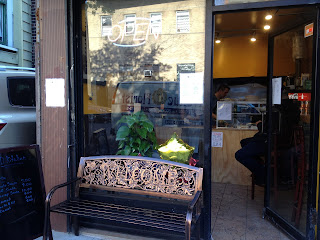