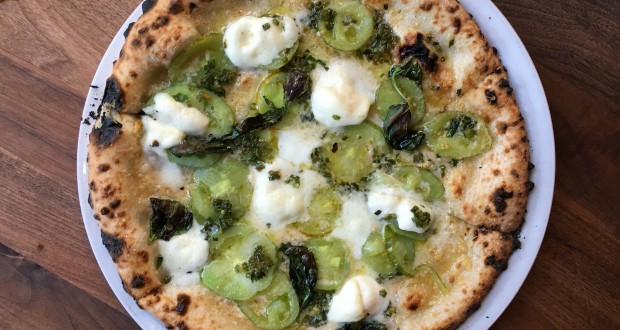 As is tradition on I Dream Of Pizza, at the end of every year I share the five best pizzas ate over the course of the past 365 days (although this year was a leap year, which means an extra day of pizza eating!). My pizza travels took me from a speakeasy in Vegas to a “hut” on Italy’s eastern coast. I also had pizza at a Taipei Night Market (review forthcoming) and Detroit style pies at one of Brooklyn’s hottest new restaurants. And in between all of this pizza eating, I even had a pizza-themed wedding.

Without further ado, I present you with the five best pizzas I ate this year:

Easily, the most unique pizza I had this year was served at a night market in Taipei. Nestled between stalls serving dumplings and fried chicken, was a vendor which has no English name (幸花明太子起司烤餅 總部). His pies are served on a flat piece of bread, topped with a mayo-like sauce and cheese, and placed on a conveyor belt. After it comes off, it’s topped with spices. It costs the equivalent of about $1.90 USD and is worth every penny. 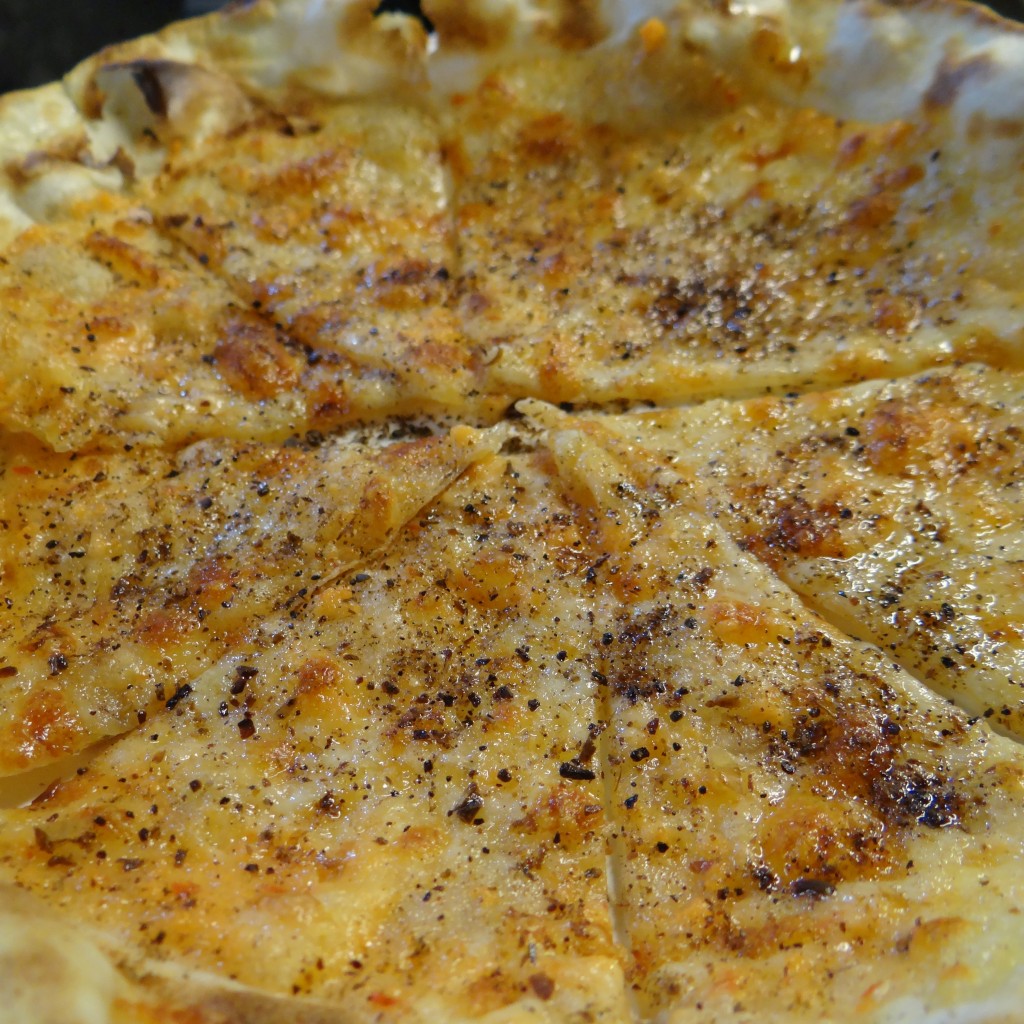 Pan baked Detroit-style pies made a big splash in Brooklyn this year with the opening of Emmy Squared. My favorite pie on the menu there is the Marn Blac  feautring mozzarella, ricotta, pecorino, and caramelized onions. There are about a dozen other pies you can choose from and all of them are delicious. But I’m a sucker for caramelized onions which is why this pie stands out of the pack for me. 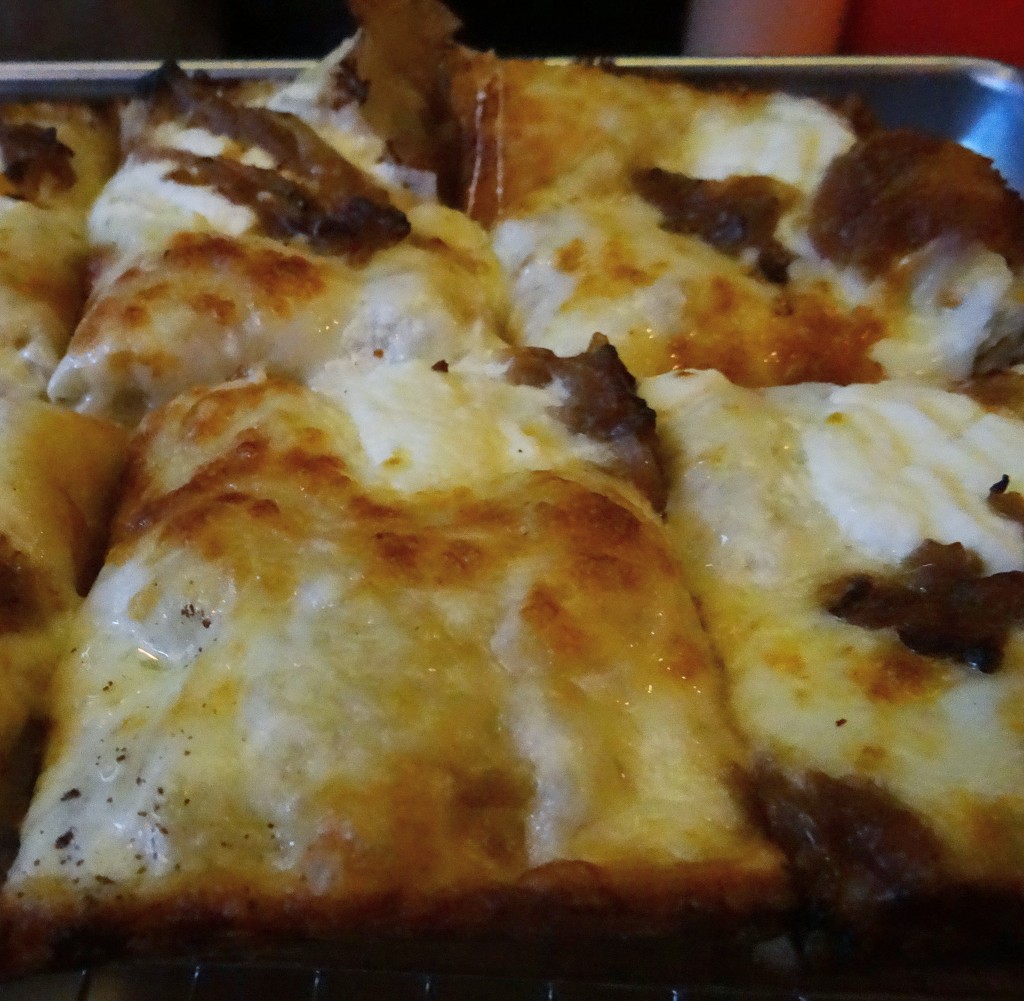 One of my favorite San Francisco restaurants is flour+water, even though I’ve never actually reviewed it on this site. Whenever I’m in town, I try and stop by for their mouthwatering pizzas and pasta. This summer a seasonal pie blew my mind — their Biancoverde pizza featuring green zebra tomatos, mozzarella di bufala, garlic scapes, and lemon basil. It also might win the prize for best looking pizza of the year. 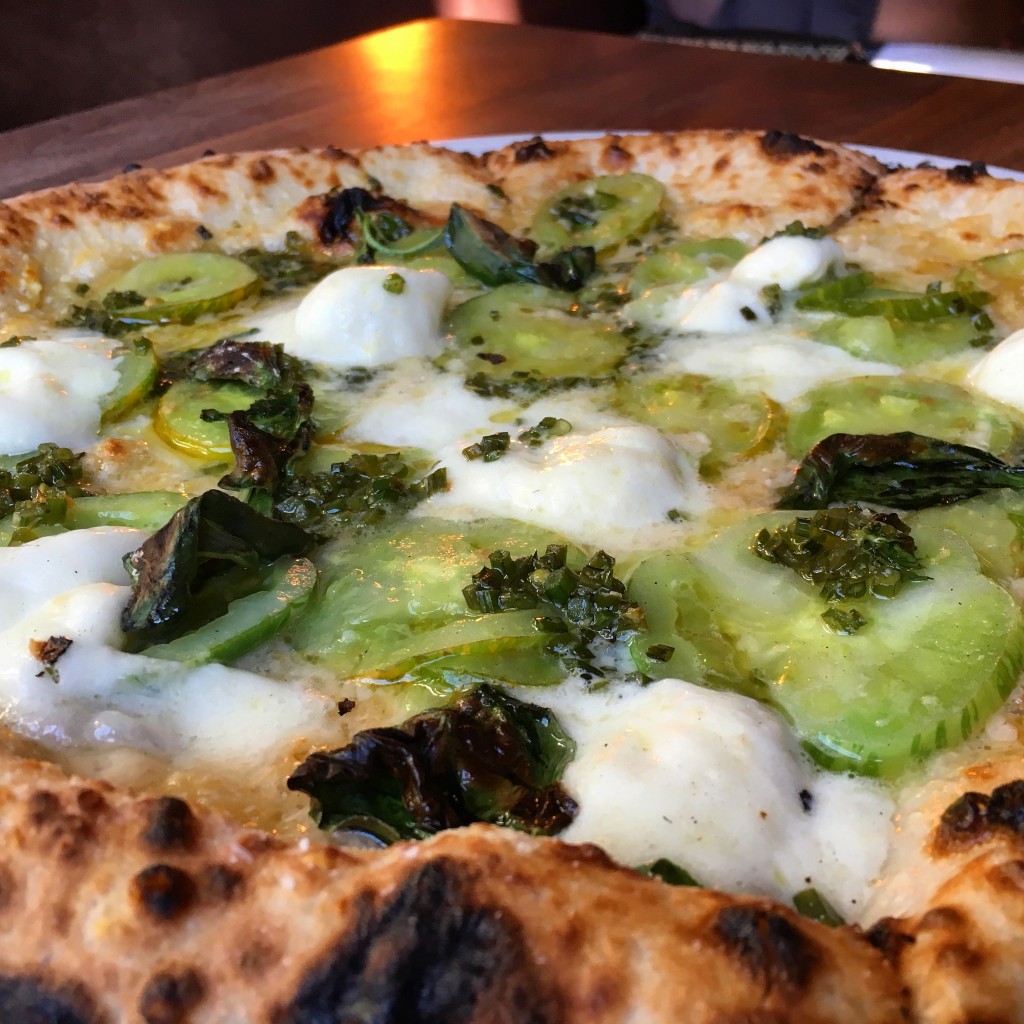 One of the first pizza places I visited this year was Proof down in Miami. The standout pizza there is an oxtail pie featuring mozzarella, black garlic, thyme, and caramelized onions (remember what I said about caramelized onions?). It’s sweet, meaty and flavorful, and every bite melts in your mouth. 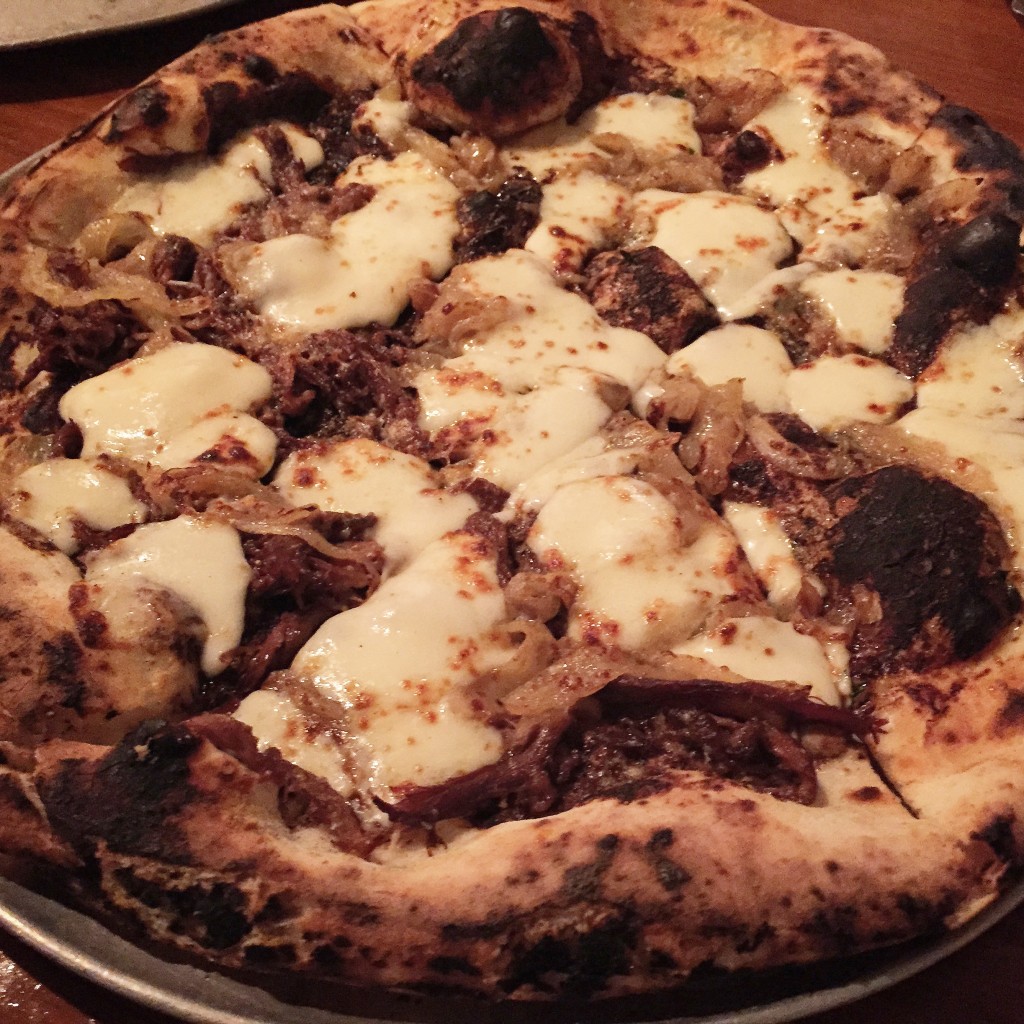 About two hours north of New York City is an orchard that serves seasonal pies from an outdoor pizza oven. This fall, I ventured up there and proceeded to consume what was my favorite pie of 2016. I don’t recall ever having raspberries, maple, or apple on a pizza before. And this pie had all of that + tre formaggio cheese and pepper. It was definitely on the sweet side — essentially a dessert pie. And when I finished it, I immediately wanted another. All winter long, I’ll be thinking about this pie. Until we meet again… 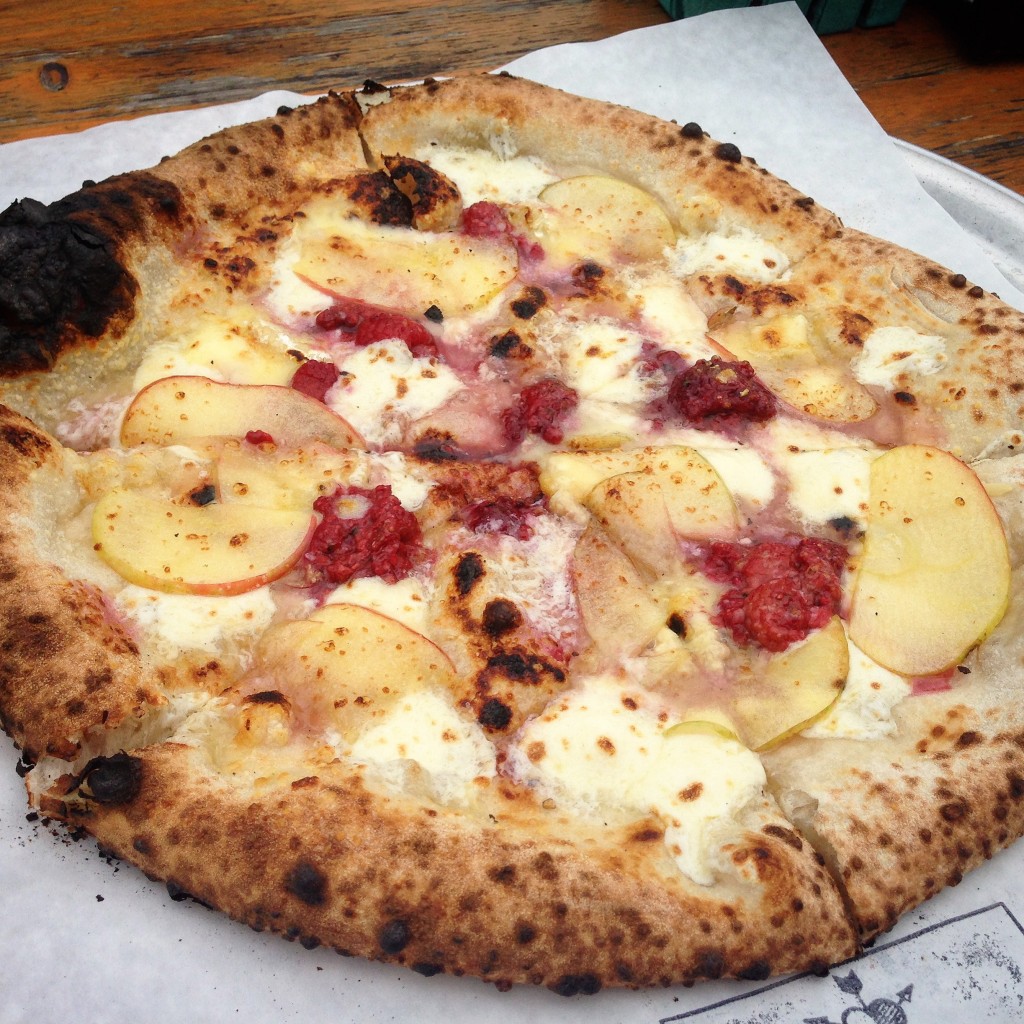 2016-12-19
I Dream Of Pizza
Previous: Pizza Wedding Decorations: 7 Ways To Incorporate Pizza Into Your Wedding
Next: Pizza Meet Fashion (III) At The 2016 NYC Pizza Run