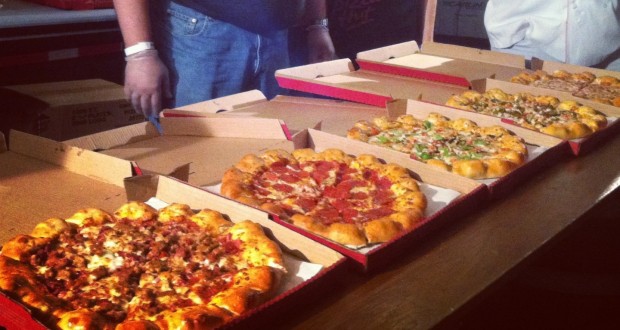 Sunday marks what some might consider historic in the world of fast food pizza, as Pizza Hut — the world’s leading fast food pizza chain — will be rolling out its new 3-Cheese Stuffed Crust Pizza nationwide. The company first unveiled the 3-Cheese Stuffed Crust Pizza on October 5th at a party they hosted with Viacom Music Group at Austin City Limits — a popular Texas music festival. Pizza Hut was kind enough to invite me to the party, as well as a dinner and tour of a local Pizza Hut establishment beforehand. What I came away with were some new-found insights about the fast food pizza industry and Pizza Hut as a company, some of which I will share with you. 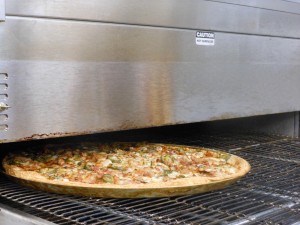 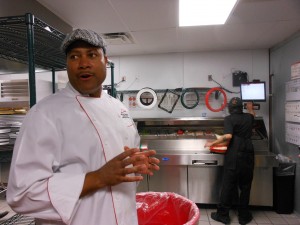 Before I jump in, you’re probably wondering how often I eat pizza from Pizza Hut, if ever. The truth is that I almost never eat fast food pizza. It’s difficult for me to recall the last time I had a slice from Pizza Hut, Domino’s or Papa John’s, although I have distinct memories of eating all three growing up. The reason most likely has to do with the fact that for the last 12 years I’ve been living in New York City where there is an abundance of quality pizzerias open 24 hours a day on nearly every street corner. And they’re cheap. There is a $1 slice spot on my corner — Vinny Vincenz — that serves pizza which I would classify as “tasty” and is probably the best “bang for your buck” around. Even if Pizza Hut were selling entire pies for $2.00, you would find me at Vinny’s.

I asked Pizza Hut’s Director of Public Relations about this and he spoke of the standards that Pizza Hut is held to as a national pizza chain. They are consistent, efficient, and committed to producing the best possible product. I suppose this might be the equivalent of staying at a place on Airbnb verses a Holiday Inn. At a Holiday Inn you know exactly what you’re going to get. When you’re staying at a place on Airbnb, there is some risk that the product will not meet your standards. Personally, it’s a risk that I’m willing to take with both my pizza and travel accommodations. So for myself, like many other New Yorkers, it just doesn’t make sense to order Pizza Hut. However, the population of New York City only represents 2.5% of the United States population. That means for 97.5% of United States citizens, ordering Pizza Hut very much makes sense. If you were starting a business and you were able to tell a potential investor that your market was 305 million people, I’d say you might receive some funding.

With such a large market, it is important for Pizza Hut to produce the best quality product possible and to continue its history of innovation. Some of its most successful innovations have had nothing to do with pizza — like the addition of wings with WingStreet in 2003. Other innovations haven’t involved food at all, like in 1994 when Pizza Hut became the first national chain to offer online pizza delivery. But at the end of the day, perhaps the most important innovations have been associated directly with the pizza itself. The Stuffed Crust Pizza was launched in 1995 and has remained one of the company’s best selling products since. Which is why it makes sense that nearly two decades after it first hit the market, Pizza Hut is stepping things up with a stuffed crust that contains not one, not two, but three cheeses.

Before we get to how it tastes, let me tell you about what impresses me most about Pizza Hut. Every shop, or at least the one we visited, is a well oiled machine. Operational efficiency is key. Having graduated from Columbia Business School in May, I have a new appreciation for operations management and while it didn’t necessarily surprise me that Pizza Hut seems to be acing this test, the systems they have in place are impressive. I suppose I had an antiquated vision of the days where an order is placed over the phone and a receipt is printed out and handed to a dough stretcher in the back. I’m sure things haven’t been that way for years. But from the moment an order comes in, the clock starts to tick and employees are committed to making sure the pizza is in its box and ready to be delivered in a matter of minutes. If it’s not, the system takes note of the “bottleneck” and it effects employee rankings which are broadcast publicly on flatscreen televisions. 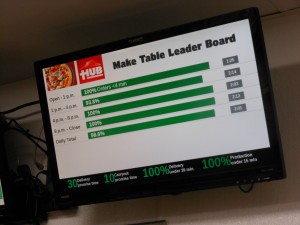 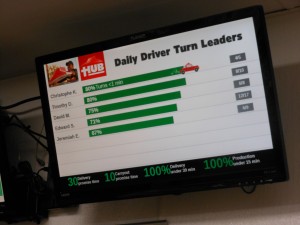 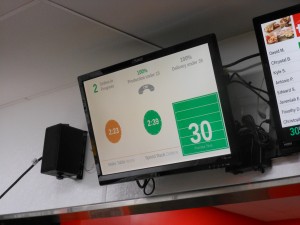 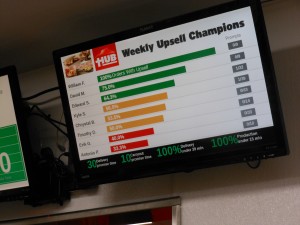 Our group of media was not offered any pizza at the shop (which opened earlier this year). For that we would have to wait until the Discover Great party which was being put on just outside of Austin City Limits as day two of the festival wrapped up. Hundreds of Pizza Hut fans who had won passes online descended onto the venue with hopes of trying the company’s new 3-Cheese Stuffed Pizza before it was available to the general public. All of the pizza at the event was created on a massive Pizza Hut truck which makes its way around the country for events like this. Nearly 20 workers from the region were invited to prepare pies for the party. 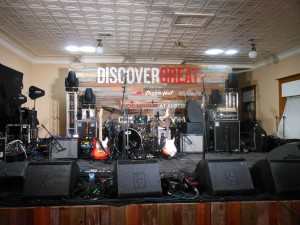 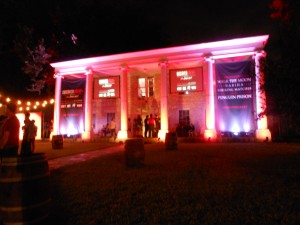 Although I’m not permitted to post photos of process behind the 3-Cheese Stuff Crust Pizza (for competitive reasons, I was told), it was fascinating to watch it prepared. Dough is stretched and then cheese balls about the size of a thimble are placed around the exterior of the pie at which point the edge of the dough is folded over the balls. The toppings are applied and then the pie is put in the oven. It’s something I would like to experiment with at home. The cheese balls, which melt in the oven to fill out the crust, are a mix of provolone, mozzarella, and white cheddar. Pizza Hut’s executive chef recommends eating the pizza backwards — crust first — to get the full effect. My thoughts on that… why not? So it was with much excitement (and some trepidation) that I reached for my first slice of Pizza Hut in years. 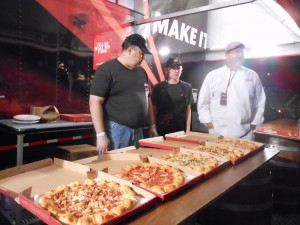 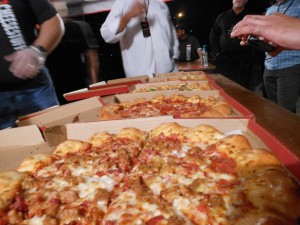 The truth is that it was good. I’m not sure it will change my outlook on fast food pizza. But I enjoyed it. The combination of gooey, delicious cheese engulfed inside of the chewy, doughy crust elicits new sensations on your palate. The folks at Pizza Hut are super psyched about this launch and obviously they have the budget to support a large scale marketing campaign. The fast food pizza industry is super competitive and everyone is looking for the next Doritos Locos Taco. When Pizza Hut put cheese in their crust in the mid-90s it was a game changer. And the 3-Cheese Stuffed Crust Pizza has the potential to be, as well.

As the market leader, Pizza Hut must continue to innovate, diversify its offerings, and try to push the bar as far as what its possible to accomplish when it comes to pizza and satisfying customers. Their competition is not only chains like Domino’s and Papa John’s, but also companies that produce frozen pizza. And for that matter, mom and pop pizza shops. Heck, any fast food joint that might be taking away business. It’s a vicious world out there and Pizza Hut seems to be doing things right. They’re engaging with their customers (they’ve published more than 110,000 tweets!), focusing on perfecting their product, and associating themselves with notable partners and brands (The headlining band at the Discover Great party was buzzworthy Walk The Moon). I’m very interested to see how the 3-Cheese Stuffed Pizza sells once it is rolled out nationwide and what Pizza Hut’s next steps will be to maintain its position as market leader.

Previous: A Case Study Of Jack Dorsey And His Pizza Love Affair
Next: Photos From The 2013 NYC Pizza Run