I recently dined at Roberta’s – one of my favorite pizza places in the city – with a friend who was here from another country. She told me that she loved the pizza she ate there.

But when I glanced down at her plate, my heart skipped a beat. “Anonymous friend,” I began. “How could you possibly have enjoyed the pizza you ate?”

Well, apparently she just really doesn’t like pizza crust. Our waitress told us that this is the most crust that anybody has ever left behind at Roberta’s.

* This pizza crust fail should not be confused with a pizza cheese fail and a pizza stone fail which have previously appeared on this site. 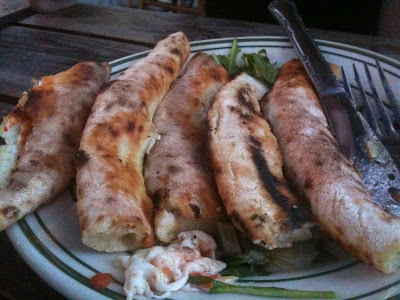 Previous: Have You Ever Gone Gaga Over Pizza?
Next: Pizza By Cer Té: Eco-Friendly Pizza Comes To Midtown