Today we delve deep into the IDREAMOFPIZZA mailbag where Melissa from Columbia, Missouri sends us an article about two teens from her local town who were arrested after beating up a Domino’s Pizza delivery driver for some pizzas, Cinna Stix and a Sprite. 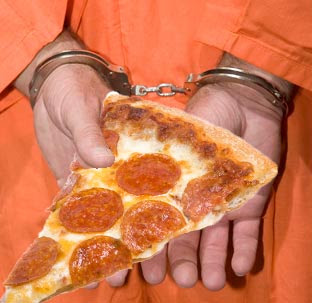 Now Di Fara or Motorino would be understandable… but Domino’s? Looks like you need some better pizza in Missouri, Melissa! Thanks for the tip.

Oh and the best part of the article is the last paragraph:

Two of the three also implicated themselves in the robbery of a Pizza Hut delivery driver Sunday.

You can read the full article here: Police Arrest Teens After Pizza Robbery