There are just too many sit-down pizza places in the East Village. There’s Luzzo’s, Pizza Gruppo, Motorino, Piola, Veloce Pizzeria, and Tonda all within a few blocks of one another. Now Pulino’s has opened a down the street and news came last week that South Brooklyn Pizza is coming to the East Village and the spot that formally housed Cafe Brama is being converted into a pizza place. And this is just a small sampling…

So how much is too much? Well it’s yet to be seen whether all of these places will take business away from each other. Which will be the first to close? Are there enough pizza eaters in the area to sustain all of these places? That is, are people willing to drop $15 for their fill of pizza or will the corner slice joint suffice? When I type “pizza” and “east village” into my MenuPages iPhone application, here’s what my screen looks like: 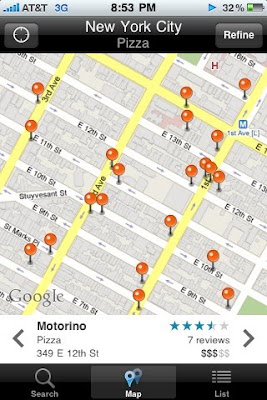 By the looks of things, Veloce Pizzeria is not holding up particularly well. After some rave reviews in a number of New York publications it appears as if the hype my have finally worn off. I passed by last Thursday at 8:00PM and surrounding restaurants were packed. It was 65 degrees and the East Village was hopping. Except inside of Veloce, where only two diners were eating. 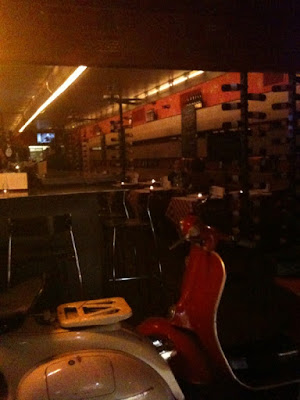 This week a coupon popped up online: spend $20 for $40 worth of food and drink at the restaurant. Usually, when restaurants push out deals like this it means they’re getting desperate for business. Truth is, the pizza at Veloce is pretty good and this coupon is a great deal. We have no clue if they’ll be in business for another three months or another three years. But we do know you should swing by while you still can.