NYC Pizza Run In Every Day with Rachael Ray

Proud that The NYC Pizza Run was recently featured in Every Day with Rachael Ray! The piece only appeared in print. If you missed it, you can check it out here: 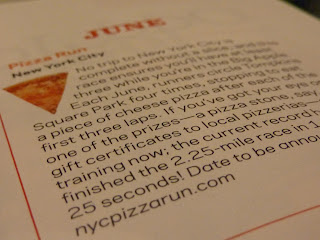 Tagged with: Every Day with Rachael Ray NYC Pizza Run