Recently a new pizza place opened on St. Mark’s Place between 2nd and 3rd Avenue. I find this quite odd due to the fact that the place — Totale Pizza (36 St. Mark’s Place) — is shooting for a more upscale crowd on a block that couldn’t be farther from upscale. It happens to be a few doors down from 2 Bros. Pizza which serves 99 cent slices. And it’s across the street from Mark Burger, which serves $2.00 sliders. In fact, the whole block is filled with cheap eats.

They’ve been advertising $5.75 margherita and marinara pies (on the menu they’re listed at $9.00 and $7.00, respectively) to try to bring in customers, but even that doesn’t seem to working. Nearly every time I pass by, the place is almost completely empty. 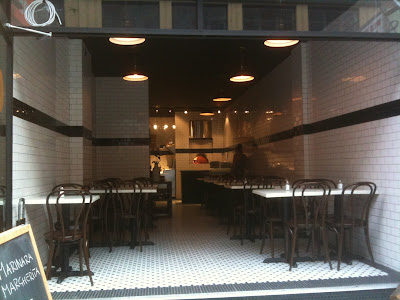 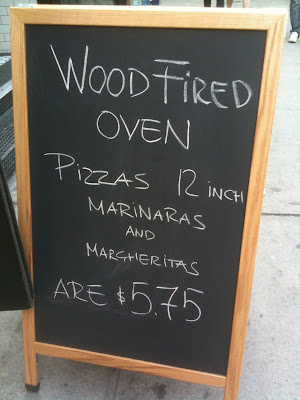 I’m sure their rent is quite expensive, and unless they are packed often, I don’t see them surviving. When your neighbor offers drunk NYU students eight slices for the price of a personal pie, it’s going to be hard to lure customers. Especially being located at the epicenter of where drunk college students hang out. Right now, there are three other pies on the menu: Bianca ($11.00), Prosciutto e Rucola ($11.00), and Totale ($10.00). The latter contains pecorino, red onions, pinenuts, and rosemary.

Looking at the shop’s design once again, it sort of reminds me of a mini Pulino’s. Yet in New York City, it’s survival of the fittest. And unless they add more menu items, lower their prices, or do something else to lure customers, I don’t see Totale Pizza being around for too long.