WHAT'S NEW?
Home / News / Pizza A Casa Opens On The Lower East Side

Pizza A Casa Opens On The Lower East Side

Earlier this month, Pizza A Casa opened on the Lower East Side to much fanfare. It’s a one-stop shop for all things pizza — a pizza self sufficiency center of sorts. Pizzerias have been popping up in droves over the past few years so it was only a matter of time before a place targeted at home cookers set foot down in NYC. Not only will Pizza A Casa owner Mark Bello be offering intimate pizza making classes three times a week, but in the front of the shop all sorts of pizza equipment will be sold. That’s right — look no further for pizza stones, pizza peels, and other contraptions to suit your pizza making needs. 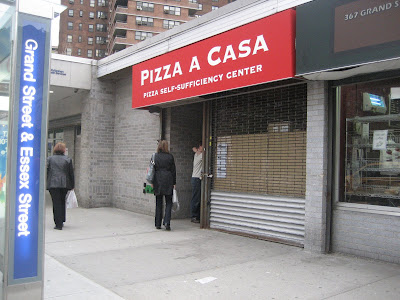 I took a class from Mark earlier this year when Pizza A Casa was still being run out of his Chinatown apartment [Pizza A Casa: Making Pizza At Home]. I was amazed at how well the new shop recreates the welcoming environment of his home. In fact, some of the items in the shop came directly from his place. 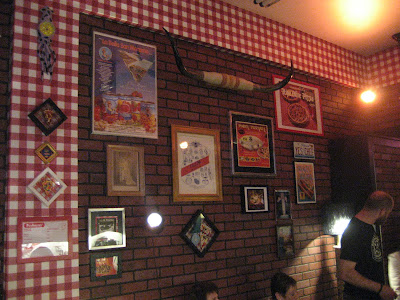 Below are some photos from a little pre-opening pizza tasting I attended. The pies are as delicious as those served at any pizzeria in the city — and now you can learn how to make them yourself. 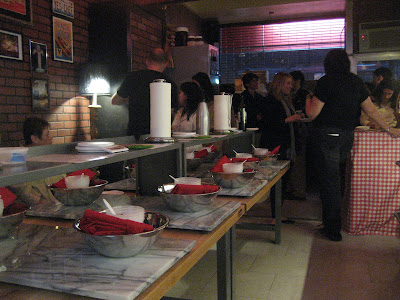 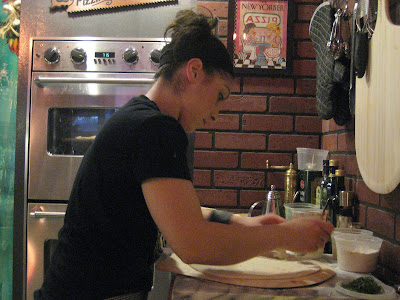 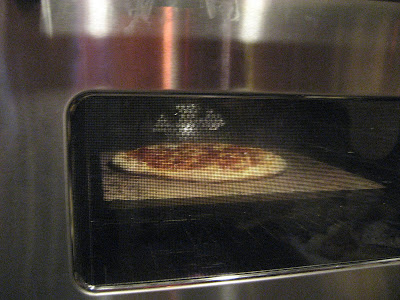