I would by no means consider myself a pizza snob (slob, maybe), but I’d rather shell out a little extra money for a tastier slice than, say, a slice from somewhere like Ray’s.

But I’m also cheap, which is why I couldn’t possibly say no to 45 cent slice day last week!

My dodgeball team and I hit up the Houston Street location around 10PM last Tuesday, and I have to say it’s 90 of the best cents I’ve ever spent. And they didn’t even charge tax. There was no line, the pizza was fresh, and it absorbed a lot of the beer that I’d consumed just prior to eating.

So thank you Ray’s — may I suggest you have 46 cent pizza day next year? You’re welcome. 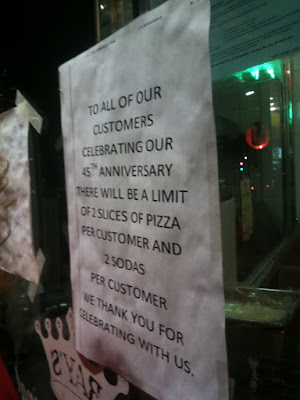 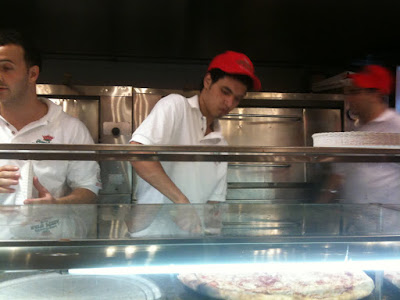 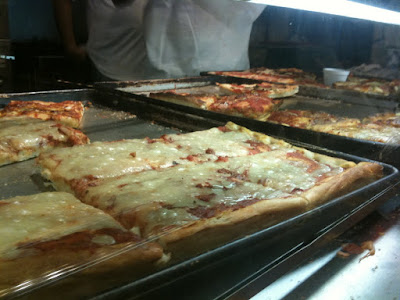 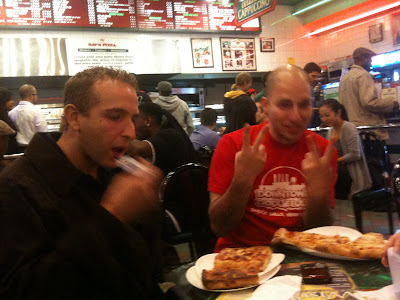 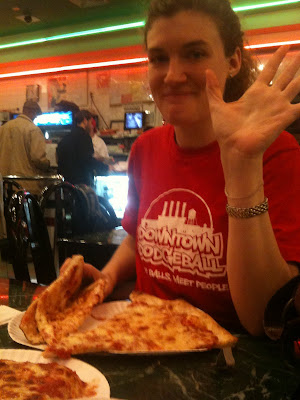 2009-10-07
I Dream Of Pizza
Previous: Chris Bianco Cooks Something Other The Pizza On Jimmy Kimmel Live
Next: The New Haven Pizza Experience – First Stop: Frank Pepe