Ray’s Pizza (The Real One) Opens In Jersey

Across the River for a Slice of Ray’s Pizza
By JOE BRESCIA
NEW YORK TIMES
December 1, 2008

Pelé? Your four-cheese pasta is ready.

Dom DeLuise, your chicken française is as tender as ever and it’s waiting for you

That’s the good news. The less than good news is that you have to travel a bit farther — at least gas prices are down — than the theater district to enjoy them.

Ray’s Real Pizza restaurant is still open for business, here in Hazlet. Where? How?

There are so many pizza restaurants in Manhattan with Ray in their names that their abundance rivals the ubiquity of Starbucks: Ray’s Pizza, Ray’s Original Pizza, Famous Ray’s Pizza and World-Famous Original Ray’s Pizza. But the story line of this Ray’s might be titled “From Broadway to the Boondocks, With Extra Cheese.” [read more] 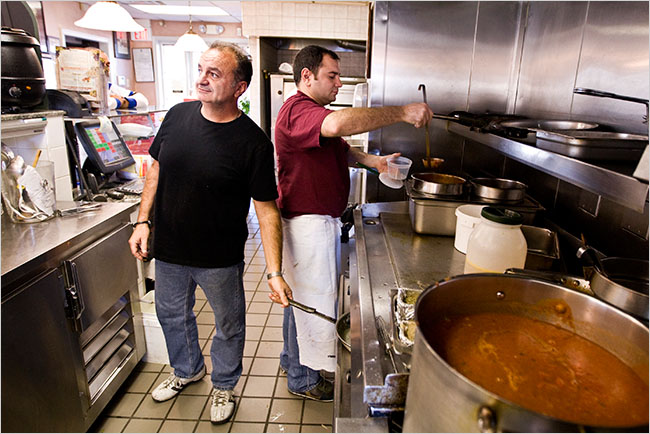