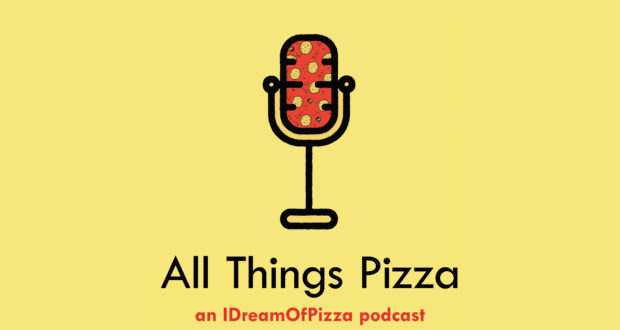 This fall, IDreamOfPizza will be celebrating its 10 year anniversary. I have a lot in store to mark the occasion (more on that soon). But in conjunction with the anniversary, I am excited to annouce that I am launching a brand new podcast: All Things Pizza. While IDreamOfPizza mostly focuses on reviews of pizzerias these days, I wanted an outlet to bring to light the incredible stories and personalities behind the world’s most beloved food.

A decade ago, podcasts were essentially non-existent. And I can’t begin to imagine what forms of media will be prevalent 10 years from now. But in the meantime, I’m looking forward to creating entertaining podcasts, while also continuing to maintain content on IDreamOfPizza.

The podcast is available on a number of platforms, including Spotify, iTunes, Stitcher, and Google Play. It’s also available at AllThingsPizzaPodcast.com.

On the first episode (which is also embedded below), I sit down with Brooklyn’s Paulie Gee, just weeks after the opening of his new slice joint. We discuss a number of topics including his expansion to four establishments across the country and how Mike’s Hot Honey launched out of his first restaurant’s kitchen.

2018-10-03
I Dream Of Pizza
Previous: Pies On The Jersey Shore: Porta In Asbury Park
Next: Celebrate IDreamOfPizza’s 10 Year Anniversary With Me