Pizza And The GMATs… Continued.

Over the past few weeks I’ve written a bit about the use of pizza related questions on the GMAT exam. I’d assumed that pizza was a frequent example in math problems because of it’s shape. However pizza also appears in verbal problems, leading me to believe that its usage is tied more closely to its universal awesomeness than anything relating to its shape.

Below you can see how something as simple as pizza can teach you about using the active voice verses the passive voice. 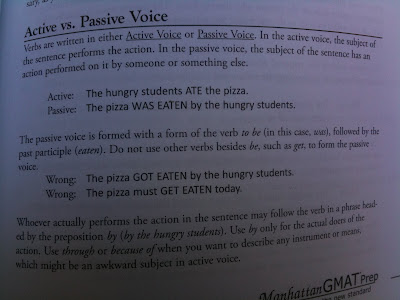