Going through some old photos from a trip to Argentina last year, I realize I was so focused on reviewing all of the pizza places I visited there, that I never took the time to write about one of the most exciting pizza experiences I had there — eating pizza crackers! Pizza is a big deal in Buenos Aires and pizza places more prevalent there than in New York City. Giving Buenos Aires even more pizza cred is the fact that pizza crackers are also popular there. Walk into any supermarket, drug store, or gas station and you’ll find Saladix Snacks’ La Pizza Nostra Crackers! 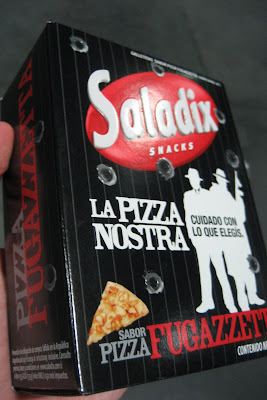 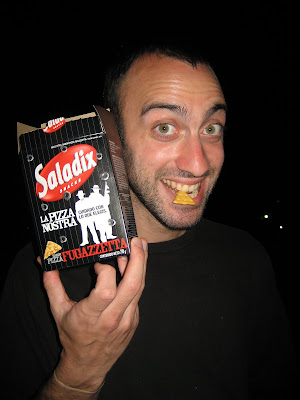 The crackers themselves didn’t taste much like pizza. They tasted like a bland, under-salted snack food that wouldn’t have normally had a lasting impression on me. In other words, it appears that pizza crackers are more of a marketing tactic than anything else. Albeit a smart one — who wouldn’t want to try pizza crackers? 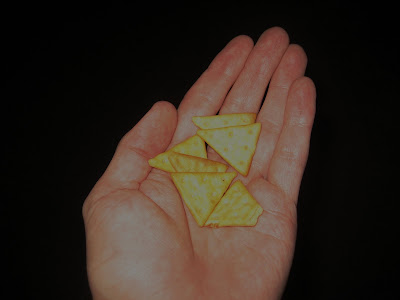 There aren’t too many voids left in the United States pizza market, but one of them is certainly pizza crackers. And if an American snack food company one day decides to push such a product in our country… well, I’ll personally have low expectations!