Last week, my softball season kicked off. It’s a pretty serious New York City league — competitive games on some of the city’s nicest fields officiated by real umpires. Pretty much everything you’d expect from a top notch league. Well as it just so happens, there was one thing missing on opening day. We had uniforms, balls, bats, bases, mitts, and everything else we needed to play… except for… home plate. As you might have guessed, this was problematic.

The only white, somewhat pentagon-like item we could muster up was a pizza box. So although the strike zone might have a little bit larger than regulation size, it still sufficed. Which leads me to think that they should do away with home plates in my league and use pizza boxes each week. 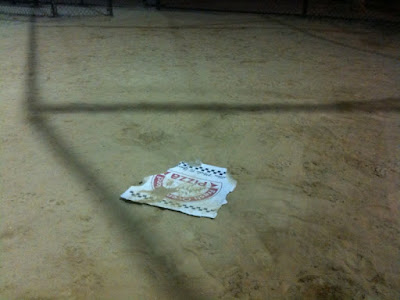