This posting is long overdue, but a while back a hilarious pizza video landed in my Inbox from filmmaker Brian Hoffman who is chronicling his New York City food adventures on his blog: Eat This NY. The video below documents his hilarious search for the city’s best slice. He hits up Di Fara, Grimaldi’s, Kesté, and Rizzo’s.

Another awesome idea which Brian is carrying out via his blog, is his mission to try all of the food on Time Out New York’s “100 best” list which was published at the end of 2009. Incredibly, Brian is nearly 2/3rds through the list. You can view the rankings of each dish he’s tried so far here.

Recently, I’ve had the chance to get to know Brian over some pizza and he’s a great guy… so check out his blog! 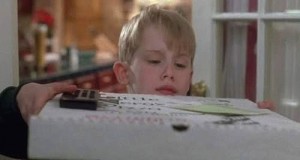