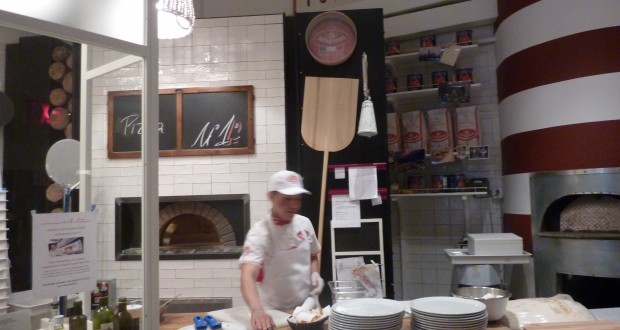 Ribalta (48 East 12th Street) is a new pizzeria that opened this spring in the former Piola space — a few blocks from Union Square. The concept is similar to 900 Degrees — which shuttered after only six months last year (due to management issues, not the quality of its food). At Ribalta, the pizza …

Summary : Although a bit overpriced, Ribalta serves an assortment of pies in different styles. The best is the Napoletana, prepared in a brick oven.

Ribalta (48 East 12th Street) is a new pizzeria that opened this spring in the former Piola space — a few blocks from Union Square. The concept is similar to 900 Degrees — which shuttered after only six months last year (due to management issues, not the quality of its food). At Ribalta, the pizza comes in three styles, each which is cooked in a different oven.

You can have a Classica (New York style-like pie), a Pizza In Pala (in which the dough is baked twice creating a crisp outside and soft inside), or a Napoletana (prepared in a brick oven and featuring a softer, thicker dough). This is all laid out clearly on the menu. There are currently 22 pies on the menu and the afternoon I was there, we were handed a sheet with eight specials. 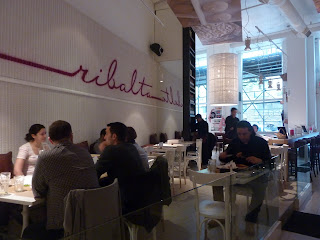 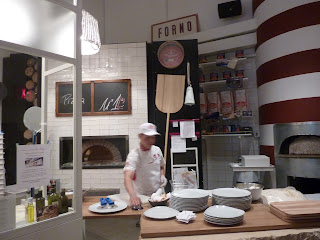 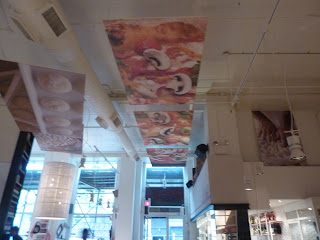 After much deliberation, we decided on one pie from each category: 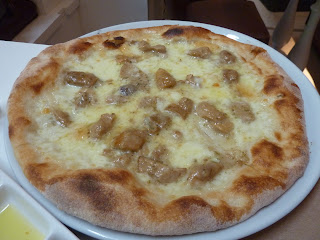 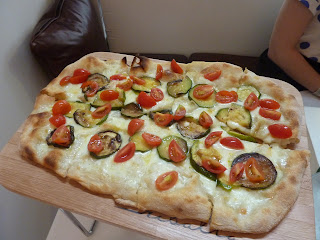 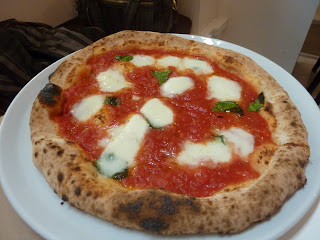 The best pie was the Bufala, although like each of them a bit overpriced. The personal pie will run you $15 which seems cheap compared with the $21 Porcina and $28 Taleggio E Zucchine (which technically feeds two people, but can be downed by one hungry individual). The Bufala was not a mess once it was sliced (it was served uncut), but rather held together well. Sauce overshadowed the cheese to combine for a delicious mix. I didn’t have high expectations for this pie, but it was done well.

The Porcini was tasty and featured a strong hit of truffle from the olive oil which paired nicely with the mushrooms and cheese. The Pizza In Pala was my least favorite — the crunchy crust may have been slightly undercooked and the combination of ingredients felt like they were thrown on the pie without being cooked fully.

With more than two dozen pies, there are bound to be some hits and some duds. Ribalta should knock a couple of the less popular pies of its menu and focus on the ones it does best.

A few items that should not change are on the dessert menu. The tiramisu is what you’d expect from a New York City Italian restaurant. But what really stood out was the crostata della casa —  an upside-down tart in which the apples are caramelized in butter and sugar before the tart is baked. It’s served with french vanilla ice cream, and you’ll be pleasantly surprised when you bite into this dish.

With strong desserts — and a menu featuring eight pastas — it’s possible that Ribalta should be branding itself as an Italian restaurant and not a pizzeria. But what to do with all those ovens… 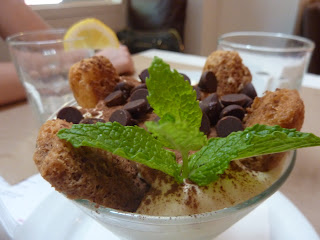 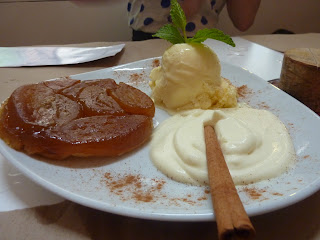 Previous: Beyond The Pie: Eagle Pizzeria
Next: Pizza Animation Of The Week (#whatshouldwecallpizza)