Beyond The Pie: Bus Stop Pizza

Today, I’m excited to present you with a photo of Bus Stop Pizza (256 Divisadero Street) in the Lower Haight neighborhood. 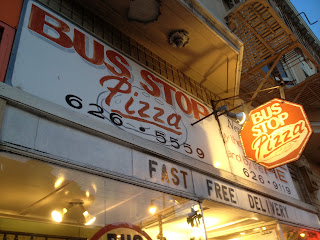 Previous: Pizza Animation Of The Week (#whatshouldwecallpizza)
Next: One Pie At A Time At Berkeley’s Cheese Board