WHAT'S NEW?
Home / Video / New York Times: How Not To Make A Pizza

New York Times: How Not To Make A Pizza

Recently a video appeared on The New York Times dining website in which writer Melissa Clark shows viewers how to make pizza in a video titled Pizza From Scratch. Although I’m sure she has cooking credentials, perhaps this video would have been more appropriately titled: How Not To Make A Pizza.

Everyone has different methods for cooking pizza at home. And a general rule of thumb is that if it works for you… go with it! But there are so many methods she uses which are just wrong. You can watch the video below and decide for yourself what cardinal sins she commits. But a few of the more blatant ones occur at around the 5:00 minute mark when she opts not to use a pizza peel, but rather an overturned baking sheet. As such, she leaves her oven open for at least 20 seconds (probably much longer, as the footage is sliced together), letting all the heat escape. Even the most amateur home pizza makers know that this is a no-no. 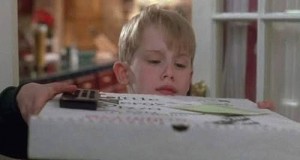