There’s nothing like chowing down on a warm slice of pizza after a hard fought sporting event. But it’s one thing if you’re standing shirtless behind a teammate as he conducts post game interviews.

Such was the scene in Vancouver Canucks’ locker room recently when Ryan Kesler some fun behind forward Raffi Torres.

Torres, who clearly knows it’s not worth it to indulge in pizza from Canada, politely declines to have a bite.

You can check out the footage over at Deadspin. 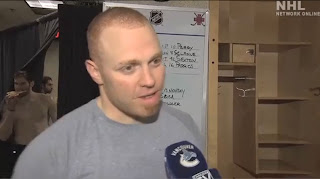 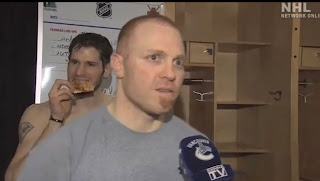 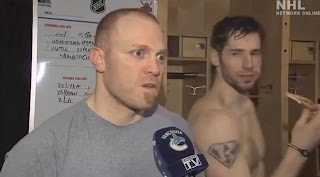