Yesterday evening was one of my favorite food events of the year: The Village Voice’s Fourth Annual Choice Eats! This was the first year that I recall there being absolutely no pizza at the event. Perhaps that’s because pizza places have realized it’s incredibly difficult to replicate the conditions of a kitchen and oven of a pizza place in the 69th Armory, where Choice Eats is held. 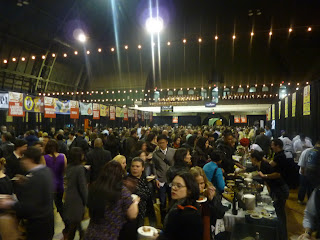 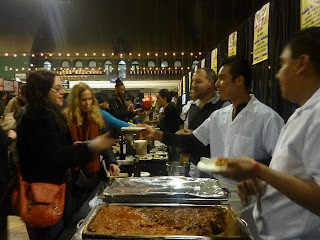 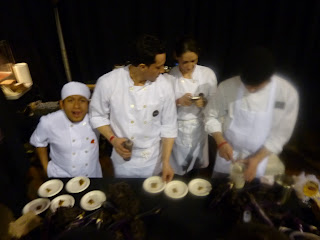 Motorino has always approached Choice Eats creativly, by highlighting some of their other fare. This year they served delicious Neapolitan meatballs. 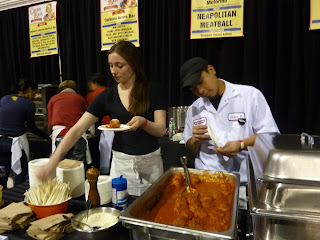 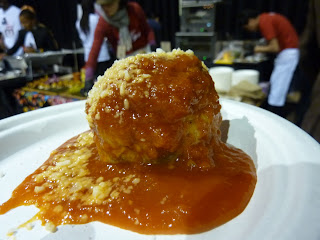 Beyond that, there weren’t any other places at Choice Eats that primarily serve pizza. That doesn’t mean there wasn’t a lot of awesome food there. Here are some of the best bites I ate throughout the evening (and yes, I’m still full).
Caracas Arepa Bar
Guayanes Cheese, Deep-fried
Sweet Plantains and Avocado
(La Del Gato) 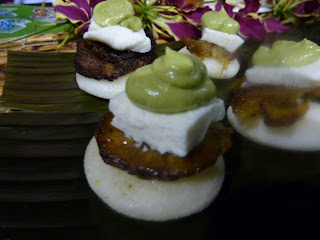 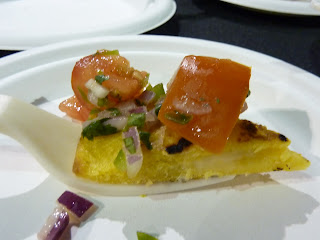 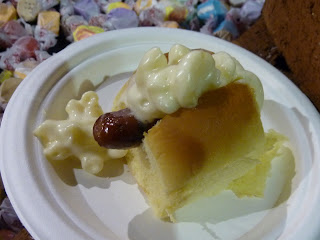 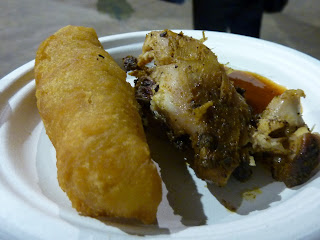 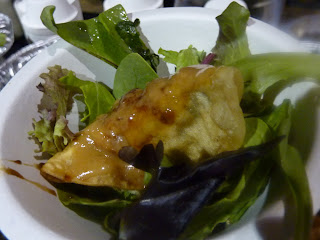 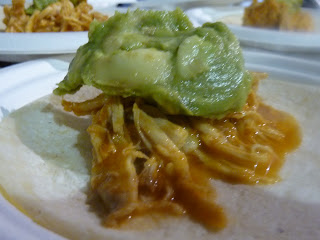 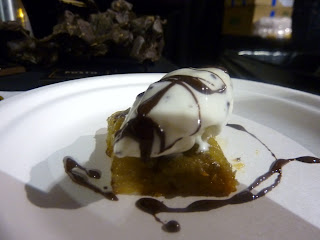 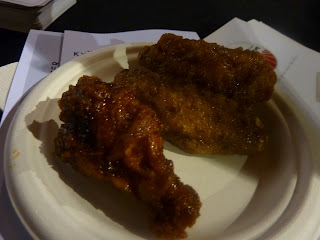 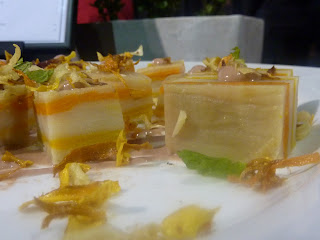 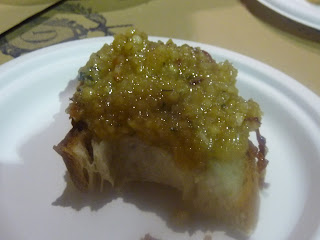 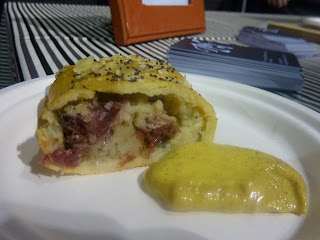 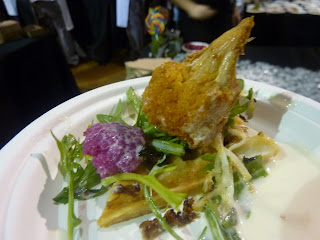 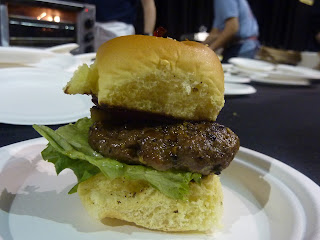 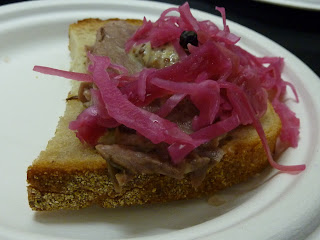