I don’t own a car. But if I did, I would most definitely be rocking out this bumper sticker. 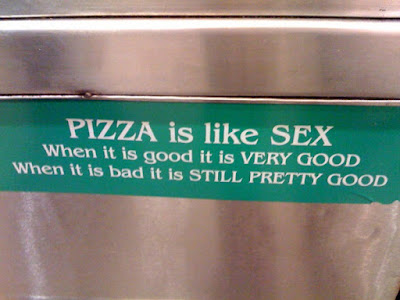 2010-03-31
I Dream Of Pizza
Previous: Matzah Pizza For Passover W/ Spike Mendelsohn
Next: Does Size Matter?