A Closer Look At The 99 Cent Slice

If you’re reading this right now, you probably know that yesterday The New York Times published an article about the proliferation of pizza places in New York City that are selling slices for 99 cents (Where a Meal Can Cost a Fortune, 99¢ Pizza Catches On). I’ve been aware of this trend for quite some time, but I’ve been paying particularly close attention to it over the past few weeks.

The article primarily focused on two growing chains that have made it their business model to sell cheap slices: 2 Bros. Pizza and 99¢ Fresh Pizza. The article mentions that there are four locations of each, with a fifth location of 99¢ Fresh Pizza opening soon.

Back in January, I compiled a list of all the places serving 99¢ slices on my other blog (NYCDAILYDEALS). Other than the 2 Bros. Pizza and 99¢ Fresh Pizza locations, I included Mamani (151 Avenue A) and three Papa John’s locations (23-33 Astoria Boulevard; 40-18 Greenpoint Avenue; 21 Maiden Lane). Since then, Slice has noted that a Papa John’s in Manhattan has joined the 99¢ trend. But it doesn’t stop there.

First I noticed that Mario’s Pizza (147 E Houston) which just opened on the Lower East Side was selling 2 slices of pizza for $2. 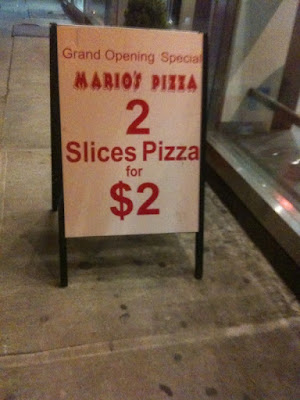 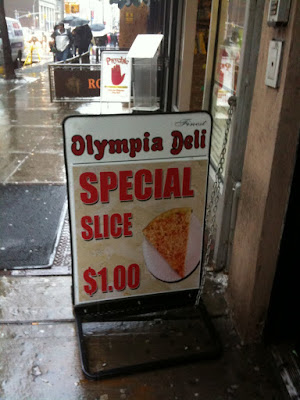 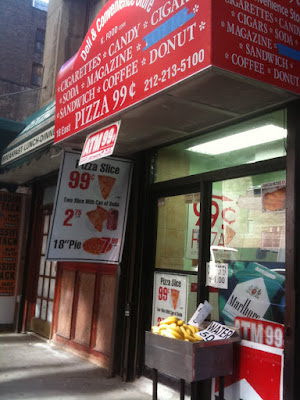 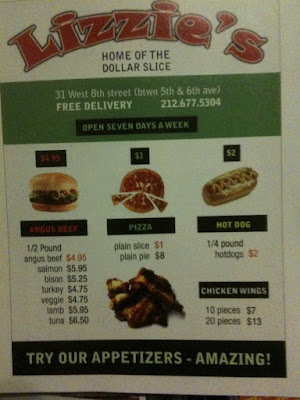 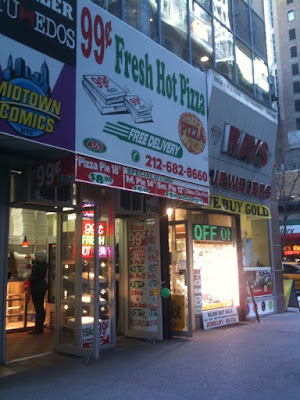 And this list doesn’t include places that fall just outside of the $1.00 and under range. Like Eden (166 North 7th Street) in Williamsburg which sells slices for a whopping $1.25. 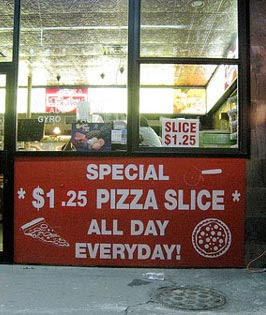 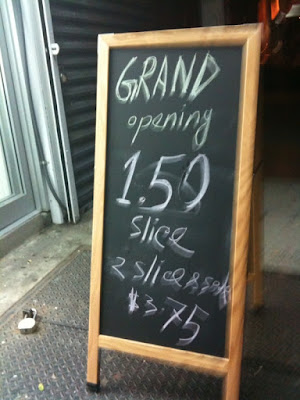 So what does all of this mean? Well it serves as confirmation that New York City is, in fact, experiencing a boom in cheap slices of pizza.

It’s funny… because over the past year or two we’ve been going through a pizza revolution in New York City like never before. And it’s the proliferation of expensive upscale artisinal pizza places that has been well documented. But I think people are starting to realize that it’s affected the low end of the pizza spectrum too.

For every Pulino’s or Paulie Gee’s that opens, another $1 budget pizza shop pops up. The ingredients are typically cheap, as are the costs for these places. They’re generally just counters and an oven — sometimes a few seats — so in order to be profitable they’re able to sell slices at the prices that they do. Furthermore, they’re taking business away from the guy around the corner who is selling slices for $2.50.

And although the $2.50 slice might be of slightly better quality — most people don’t care. If you’re a homeless person on the corner of 43rd Street, or a drunk NYU student on St. Marks Place, you could care less. People will always be looking for deals in New York City. And with the competitive nature of the city, someone will always be trying to offer you a product at a cheaper price.

If this was an SAT problem, it would look something like this: