As I child, I looked forward to my family’s annual summer trip to Rehobeth Beach, Delaware. To this day, I look back fondly on the definitive Rehobeth eats in which I indulged — soft serve ice cream from Kohr Brothers, french fries from Thrashers, and pizza from Grotto Pizza. At such a young age, I don’t think I made a distinction between good and bad pizza. I ate a fair amount of Jerry’s, we’d order from Domino’s occasionally, and when I was at the beach… yes, we’d go to Grotto. But it wasn’t just my family who made obligatory trips to this institution. My most distinct memory is the crazy lines. Dozens of people would be waiting outside for their names to be called. Crying children. Impatient parents. And a hostess who was completely overwhelmed.

Last month, I returned to Rehobeth Beach for the first time in more than a decade and Grotto Pizza (along with Thrashers and Kohr Brothers) was on the top of “must-eat” list. In fact, the three places made up my entire “must-eat” list. Emily and I spent out first night dining at the Dogfish Head Brewpub, which didn’t exist the last time I was in Rehobeth… nor would I have been able to indulge. The food was awful, but the beer was incredible. So incredible that we returned the next night for pre-dinner drinks. For the first time, I was able to try their 120 Minute IPA (on tap!). It was delicious and with an 18% abv, quite alcoholic too. Afterwords, we made our way over to Grotto Pizza on Rehobeth Ave. 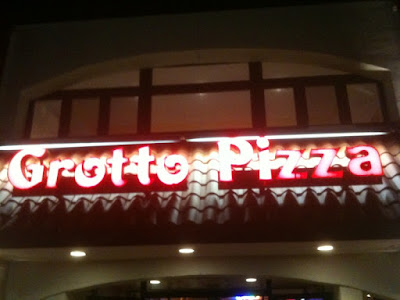 Amazingly, there was no wait at 8:30 PM on a Saturday night in August for a two top. But other than that, everything was exactly as I remember it. We were seated in the back room which could fit about 40 people. The awful red carpet was just as ugly as I recall. Our waitress looked like she’d just graduated… from junior high school. There were little kids in high chairs. Couples on dates. Families of eight. It’s the quintessential pizza experience at the quintessential beach restaurant. Our large pie was too big for two people to finish (so thicker, than say, a pie from Grimaldi’s). We got half with onions and mushrooms. It tasted just like I remember. It wouldn’t make my list of New York’s top 20 pizza places, but there was nothing I would have rather been eating at the moment. 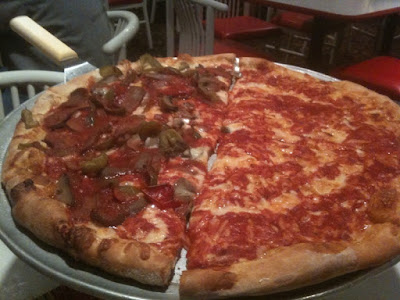 Grotto really is an institution. There are now 20 locations, two others which were around the corner from where we were. It was founded in Rehoboth 50 years ago by a 17-year-old and whole pizza sold for $1.60. My memories don’t quite date back to the 1960’s, but I spent a good deal of the 1990s eating at Grotto. Maybe one day I’ll take my own kids there. And I’m sure it’ll be just as nostalgic. 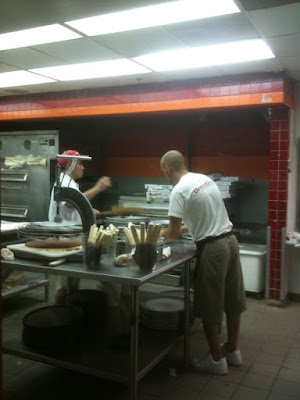 2009-09-01
I Dream Of Pizza
Previous: Breakfast Pizza
Next: Di Fara – Simply The Best Thing There Is To Eat In NYC 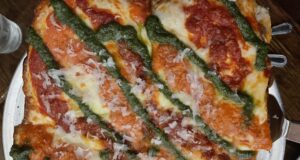 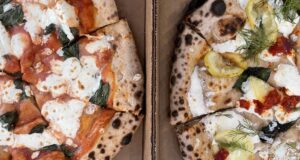 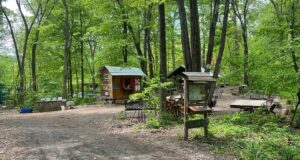