DiGiorno was kind enough to send me samples of some new products and I thought this would be a good excuse to gather some of my pizza-loving coworkers for a little pizza party. 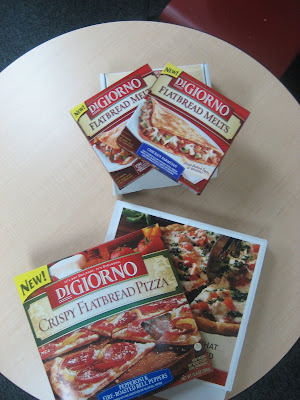 Let me start off by saying that I love good pizza. There is no way that you can compare DiGiorno to Di Fara or Grimaldi’s. They shouldn’t be discussed together. DiGiorno is incredibly tasty for what it is… frozen pizza. It’s very possible that it could be the best frozen pizza in the world (since I don’t typically eat frozen pizza I can’t really make that declaration). But when all is said and done, it’s also very possible that the pizza place around the corner from you serves up more delectable slices. That’s not to say I wasn’t completely satisfied with my DiGiorno experience.

We started out with a Chicken Parmesan Flatbread Melt (note: flatbread melt is just a fancy word for pizza folded in half), which was quite tasty… 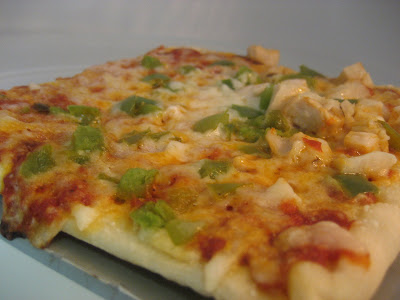 … as was the Steak and Fire Roasted Vegetable Flatbread Melt which we ate next. 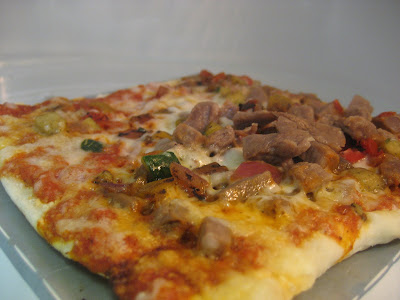 However people’s favorite dish seemed to be the Pepperoni And Fire Roasted Bell Pepper Pizza. With a suggested retail price of $6.89 it’s cheaper than a pie from Domino’s and more convenient if it is, in fact, in your freezer. 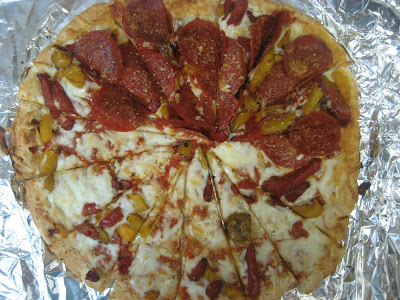 As one of my coworkers pointed out, living in New York City, where there are 24-hour pizza places on every block, it doesn’t really make sense to buy DiGiorno. But if I lived in the suburbs and the closest pizza place was 10 miles away and closed at 11PM, I’d certainly keep some DiGiorno products stocked in my fridge. It’s just as tasty, if not better than Papa John’s or Pizza Hut (some coworkers disagree).

Personally, I think Trader Joe’s frozen pizzas are a step up from DiGiorno and slightly cheaper. Nevertheless – pizza is pizza. If you’re hungry, drunk or in a number of other states, it’s going to taste pretty good no matter what. With a catchy tag line, easy to read instructions, and some great marketing, DiGiorno has distinguished themselves from other frozen pizza brands. They’ve built a name for themselves and for that they deserve a lot of credit.

Last week, I was reading in The New York Times that Kraft (which owns DiGirno) has seen a 10% rise in its profit – a significant jump given the economic climate. The article reads: Sales of convenient meals in the United States rose 8.2 percent, driven by sales of DiGiorno frozen pizza and Oscar Mayer meats.

So it seems the people behind the pizza know what they’re doing. After all, it’s not delivery… it’s DiGirono.