My goal is always to update this site every single day, but I’ve been slacking a bit with the holiday weekend and the general start of summer craziness!

Anyhow, as someone who eats pizza almost every day, there might be some good news for me. According to an article from The New York Times, it’s very possible to make pizza… well… healthy.

Pizza is many things to many people, but one thing it usually is not: healthy. I blame chain-store pizza and their thick, doughy crusts, usually loaded with cheese even before the extras like pepperoni and sausage are added.

But in any pizzeria in Rome or Naples, you’ll find a dizzying array of offerings that really are healthy. The crusts are thin, often topped with seasonal vegetables, and the slices are reasonably sized. There may be cheese on top, but not more than a few ounces. [READ MORE] 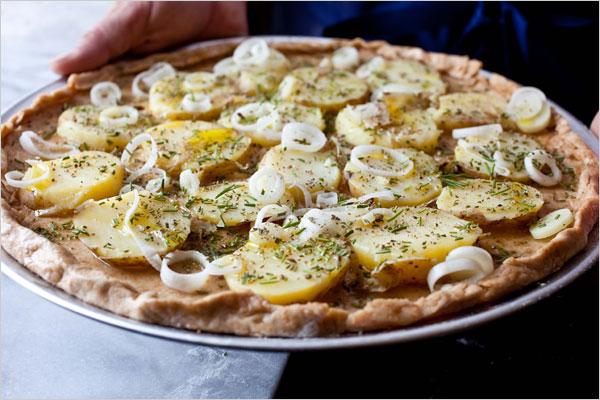 2009-05-26
I Dream Of Pizza
Previous: (Another) New Pizza Place In The East Village
Next: Mega Pizza