Posted by: I Dream Of Pizza in Miscellaneous April 2, 2009

On Tuesday evening was the 2009 Village Voice Choice Eats — one of the greatest assemblies of restaurants I’ve ever seen in one room. Inside of the 69th Armory, more than 65 of the city’s top restaurants set up shop to serve up some of their most delicious dishes. I don’t think I’ve ever been so full in my life. Unfortunately, pizza was not well represented.

The only pizza I found during my laps around the concourse was Bella Napoli which served up tomato and basil slices (although their sign did say bruschetta). The sauce, in particular, stood out to me and I liked it well enough to go back for a second serving at a point where I could barely fit anymore food into my body. 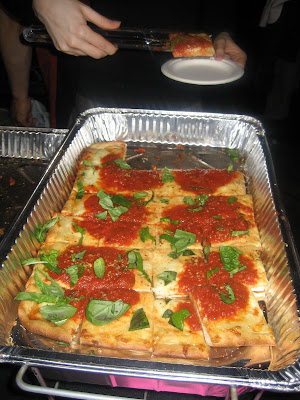 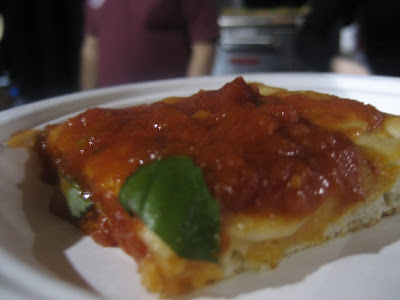 One of my biggest disappointments of the evening was the Motorino booth, which opted to give away samples of their chocolate, vanilla, and raspberry bomboloni instead of their signature pizza. 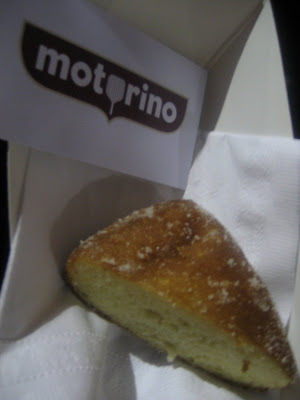 Another booth – Krispy Pizza – appeared to be a no show.

Overall, the evening was incredible, but the food closest to my heart – pizza – was underrepresented. You can check out some of my other photos from the evening here.